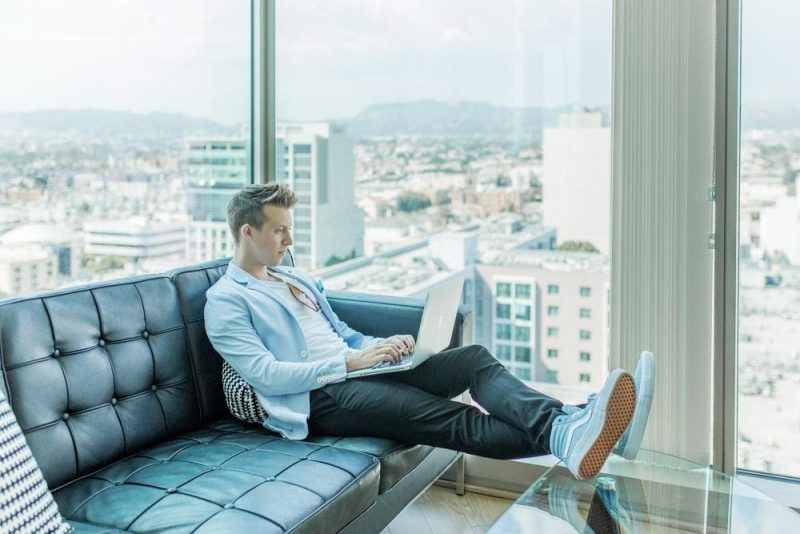 Baby boomers who lost part of their retirement funds due to this recession face an uphill battle to save for their retirement. However those born between 1981 and 1996 – better known as millennials – have a situation that makes the baby boomers’ retirement problem utterly obsolete.

In fact, millennials today are faced with dealing with an economic future that’s very similar to the Great Depression.

A time where it affected three decades of wages that were stagnant, the income and net worth gap between rich and middle class have been at their highest in the past 90 years. It’s a massive problem that needs to be addressed. And it could potentially get worse based upon how millennials spend, save, and invest in their own future. Today, we’ll be looking at how that could impact the future.

What do the statistics say?

Before delving into the data, it’s important that we understand some statistics and where millennials are. After all, many people believe that millennials are all materialistic, spoiled, and entitled individuals.

However, research shows that millennials believe that they’re not going to be able to enjoy anything that the baby boomers or previous generations had. They don’t think they can ever afford to get their dream job, buy a house, or retire.

This makes sense when you consider several key contributors to this problem:

You might be thinking “Well why don’t they save up more money? They should’ve been saving more money and getting prepared for all this.” But that’s not a good line of thinking.

For one, no one can predict the future and what sort of events will impact the future. Furthermore, most millennials have grown to distrust the investment advice given by their parents or even financial advisors. After all, these individuals have managed to get through these issues relatively unscathed due to their several decades of saving money.

On the other hand, millennials were impacted by the events of 9/11, only to then be hit hard by the market crashing in 2008.

Due to those events, millennials have adopted a new investment philosophy. They’re more concerned about what’s going on globally. They value social responsibility and the environment as factors to determine who and what to invest in. Furthermore, if many of their peers are investing in one thing, they’ll likely follow.

According to Investopedia’s Affluent Millennial Investing Survey, about two-third of the affluent millennials surveyed stated they trust financial advisors. This survey gathered responses from 1,405 millennials who reported an income of $132,000.

Furthermore, affluent millennials who consider themselves knowledgeable about investing are twice as likely to have a financial advisor.

Despite all that, there is still a growing movement in the financial industry that leans towards compensation models being based on investment performance rather than it being commission based. The only thing is that it hasn’t made much of an impression on people.

You’ve also got the fact that many millennials value personal connections – especially towards those who manage their money. This is unusual considering they’re the generation who can enjoy mobile and online technology to handle their investing solely online.

The American Institute of Certified Public Accountants performed a survey that revealed that over three-quarters of millennials spending habits stem from what they see their peers have. From clothes, cars, and other gadgets, if their friends have them, they want them too.

It’s nice to have goals to save up to, however half of those surveyed have a tendency to use credit cards in order to pay for even the most basic of things like food and utilities. Furthermore, over 25% of those individuals have admitted to making late payments or are dealing with debt collectors. You’ve also got the fact that half of the surveyed admitted to getting some form of financial aid from their parents.

What’s even more peculiar is that this same study finds that seven out of 10 millennials define financial stability as “capable of paying bills every month.” The study also outlines a difference in the money habits between genders. Men are more inclined to keep up to friends in terms of material goods. Women on the other hand are more frugal and have more emphasis on saving money.

On top of that, there is also one other factor that needs to be brought up: social media.

With the world being more connected, it’s easy to communicate with others. However it’s also a place where people can feel pressured. Considering social media is a place for those to show off big expenditures, many millennials around the world feel pressured to conform to those financial habits.

Even if it’s entirely unrealistic for them at the time.

People have made a point of showing financial milestones like getting a home or buying a car and posting it on social media. This sparks envy amongst some who then try to emulate that as well.

Social media has a massive influence on people so much that it’s sparked other people’s desires for other things beyond cars and houses. Take plastic surgery, another area where millennials are spending their money. It’s increasingly popular amongst social media influencers who are posting video after video of this. There’s also the before and after shots too.

Because of these habits it shouldn’t be a surprise that a 2018 survey by the American Academy of Facial Plastic and Reconstructive Surgery found that 72% of plastic surgeons reported seeing an increase in patients under 30 who want injectables or cosmetic surgery.

The final aspect to consider is how their philosophy at work works. Like everyone else, their primary source of income is through work and their overall attitude at work can make impacts on financial decisions.

To millennials, while pay and compensation are still important things, there are other factors that are more important to them. For example, many value autonomy, respect, and being treated fairly. They have expectations that their employers will provide these conditions in the workplace.

The other aspect to consider is that now that they have online access, they’re more aware of their peer and superiors’ earnings. They also are aware of how much they are worth too, as well as what their rights and privileges are. Similar to their investment philosophy, they want work that’s able to enrich their own lives and of those around them.

Millennials today are faced with huge economic and financial challenges that can only be understood in hindsight. Their overall future is riddled with uncertainty compared to any other generation. Furthermore, this world has ingrained in their head that there are few, if any, absolutes in this world that they can rely on.

To them, their ability to succeed financially will depend a lot on the world that’s being formed, both economically and politically. Furthermore, it will also depend on whether they’re able to overcome the perceived – and false belief – sense of entitlement that society has branded them with.