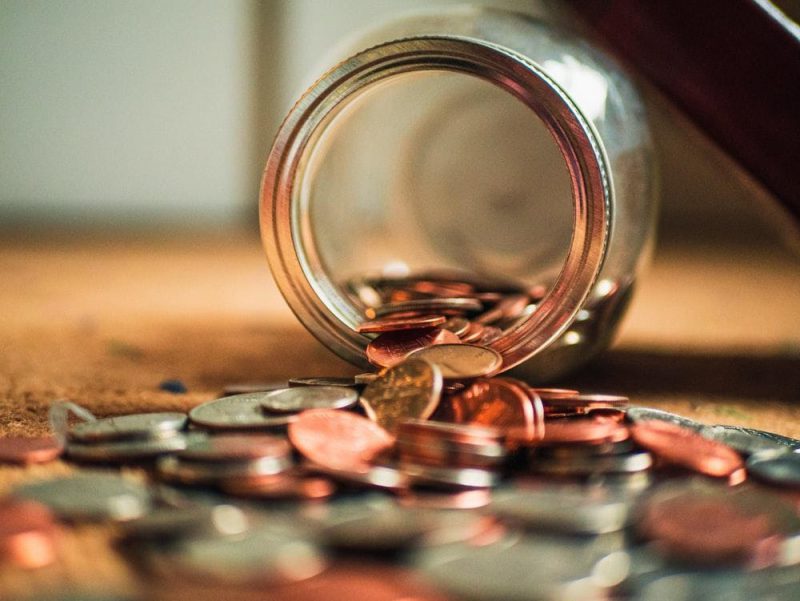 In investing, there is no such thing as a low-risk deal with an immediate high pay-off. In the investing world, it’s always a slow burn, taking years for any of us to get a huge pay-off.

Though that’s never a reason to avoid investing.

This time around is actually the best time yet to get into investing. With this pandemic and the economy in a huge recession, interest rates are incredibly low right now. The Federal Reserve has cut key interest rates to as low as they can get and banks are quickly following suit with that.

Because of those low rates of returns, it’s not the best to just stick with a savings account.

While there are definitely some high-yield bank accounts out there, they’re usually offering rates that are only slightly above these incredibly low ones.

In times like these, it’s important for us to pour our money into other investment options out there. Thankfully, with the plethora of options, there are high chances to get better returns than high-yield savings accounts and they are at the same still pretty low-risk for you. Below we’ve comprised a list of those options.

However, the amount of money lost isn’t a substantial amount if you are being wise with your finances.

Anything From The Treasury

Treasury notes, bills, or bonds are probably the most popular option out there and for a good reason. They always offer better interest rates than a savings account and they don’t pile on any kind of risk at all. This is probably the closest you can get to no-risk investments on this list.

After all, you’re investing in government bonds. And these bonds currently are offered at interest rates between 0.09% to upwards of 1.23% (as of mid-August 2020).

Bonds are very trustworthy in these instances, as these are issued by the Treasury and are backed by the full faith and credit of the country’s government. Historically speaking, the government has always paid back its debts, so it’s not likely that you’ll be losing money from buying bonds, bills, or notes from the Treasury.

On top of that, you can also reliably buy and sell these items on secondary markets with relative ease too.

On a similar note to treasury bonds, you can also turn to corporate bonds too. These bonds will offer higher yields, though they take on more risk than usual. To fully understand this, it helps to first understand how bonds work.

Bonds are essentially monies owed from an entity to the holder after a certain period of time.

During that time though, there is interest that is building up as well, which the entity is required to pay out to the holder of that bond.

The risk of this arrangement is that the company or entity who offered the bond to the holder could default. As such, to make bonds appealing – especially in corporations – they offer a higher interest rate.

The government bonds are lower, because it’s generally accepted that the government will more reliably pay up without ever defaulting.

Because of this fact, it’s not out of the question to see high-quality bonds from corporate bonds to offer average interest rates of 2.36% – easily double the amount of interest than a government bond would offer.

At the same time though there is still that bit of risk you are taking. You can still lose money from all this, but there are only two possible scenarios where we can see that happening:

Keeping in mind these two things can help you in ensuring you get the most out of these types of bonds.

Even though these mutual funds typically don’t offer any kind of yield whatsoever, they do offer investors absolute liquidity. Why does all this matter? Well, for one, if something goes horribly wrong, you can quickly pull out without much risk at all. With many of the options in this list, you don’t really get that luxury.

What’s also nice about this as well is that many banks offer these funds already, so you can easily set one up with your own bank.

An annuity is a contract that allows investors to pay a lump sum upfront in exchange for a series of payments over a set period of time. Think of annuities as certificates of deposit: you’re agreeing to lock up your access to your money for a period of time, but you get a higher than average interest rate as a result.

Annuities are nice to consider at this point, as the interest rates range from 1.0% to 3.60% as of mid August 2020. The only thing to note is that, again, higher interest rates mean there are higher odds of those individuals defaulting. Furthermore, if you try pulling out of the annuity before it reaches maturity, you can suffer penalties for accessing that money.

Preferred stocks are a mixture of both stocks and bonds: they offer some of the perks of common stocks, while also offering the dependable income payments as bonds. The only rub is that preferred stocks do offer a higher interest rate than even bonds, at the risk of the holders not guaranteed a payment from them.

Because of that nature, it’s not out of the ordinary to see the average annual returns of preferred stocks to be higher than 7% with most of these stemming from the dividend payments sent out.

Beyond the dividends though, you can also see your investment grow through a buyback.

Recently many companies have been going out to buy back preferred shares. These are usually at higher prices than what they were originally sold for. You can, in theory, make a nice return from these as a result.

Beyond preferred stocks, you also have common stocks. These have always been relatively safe as they offer a fair interest rate. You can feel especially safe when you are buying stocks from very safe industries such as agriculture, utility, and real estate investment trusts (REIT).

But you don’t want to go for any common stocks though. You want to make sure they have dividends attached to them. As of January 2020, the dividends paid out by REIT average around 3.93% and utility dividends – around 3.11%.

Even if you’re not thinking about those industries, a good rule of thumb is to go with common stocks with strong solid named companies. What we mean by this are the companies that have a history of paying out consistent and reliable dividends and have been around for over a decade at least.

Even with all that, always keep in mind that payments aren’t always guaranteed. Though following those tactics will ensure you won’t get stung too badly.

The final low risk investment decision are index funds. The problem with preferred and common stocks on their own is that they’re not diversified. If you want to make a good portfolio that can make you a good return, you want to invest in several companies, rather than deal with one or two companies.

The beauty of index funds is that instead of having to hunt out a handful of companies to invest in, index funds do all the heavy lifting. Usually these funds consist of hundreds or even thousands of individual stocks and bonds combined.

What this means is that the amount of risk you’re taking from these individually dwindles to a very small amount that will leave you mostly unaffected. At the same time, you’re still going to be enjoying the same sort of returns you’d get normally from a typical stock or bond.

At the end of the day, you want to ensure that you have some cash reserves in a savings account no matter what the economy looks like. But more often than not, you’ll have some extra cash laying around that could be put to a much better use. In those situations, putting that money into any of the options above is a smart thing to do. That money can start to make interest slowly and have it be reinvested back into itself, earning you more and more money as the time goes on.