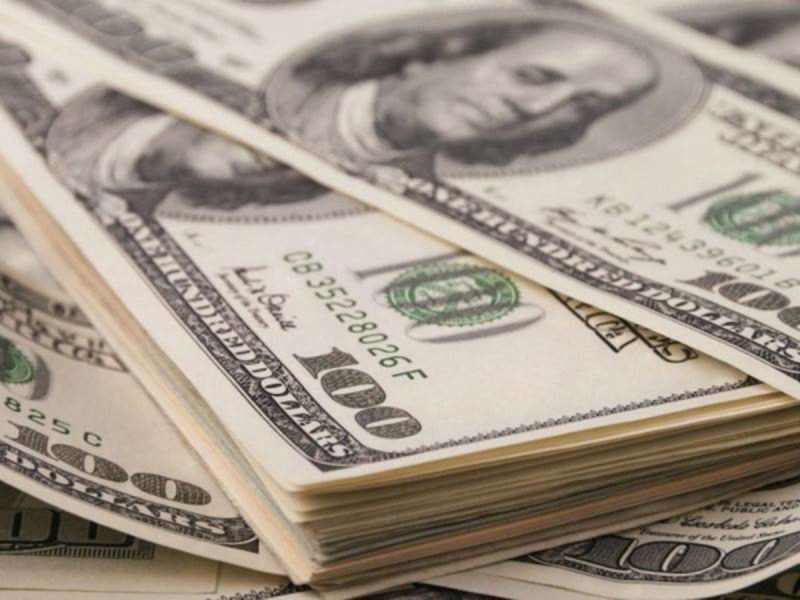 Whether you happen to win the lotto or receive a rather large bonus some day, the feeling of getting a lot of money is all the same. It feels great and you can’t complain about it. However if you’re someone who doesn’t have any kind of plan for what to do with that money, you’ll end up with a lot of that sum slipping through your fingers. Look at many of the lotto winners who end up going bankrupt in a few short years for example. There are plenty of those.

Instead of falling for that trap like so many others, consider putting some kind of plan or strategy in place. Have this plan be so appealing, that you’ll follow that before even spending a dime from that chunk of money you’ve gotten.

To help with that, we’ve put together 5 things that you absolutely want to be doing whenever you receive a larger than usual sum of cash. By using these simple tips, you’ll maximize that money further and make it work for you, rather than you working for your money constantly.

Put The Money Into An Emergency Fund

While this isn’t the most appealing thing to do, it’s still a smart idea. A lot of people lack any kind of emergency fund at all. That much is clear, especially with millions of Americans unemployed due to the pandemic right now. While no one could really plan and prepare for something like this, there are all kinds of smaller events that people could be prepared for.

Job loss, evictions, loss in the family, medical bills. There are all kinds of things that can make a huge financial impact on us and it would be smart to set aside some money to manage all of this.

Even before this pandemic, it was clear that many people operate their personal finances on fear or lack. It’s a terrible way to work your finances compared to those who work in a smarter, proactive way.

And while some people could argue that you could get by with just swiping a credit card to save you all the time, it’s only for the short term. Once the bills start coming and piling up, it’s going to cause more stress and problems for you later.

So do yourself a favour and have some money in an emergency fund. This can take in the form of a high yield savings account.

Pay Off Any Debt You Can

If you’ve got money in a savings account and you’re in a comfortable position, the next thing you want to do is to work on your debt. While we’re given a breather with some of the major debts like student loans, it’s still important to be saving for those kinds of things.

If you’ve gotten a large sum of cash, we’d suggest putting some of that money towards that debt.

Especially, since interest is taking a break at the moment.

Overall, paying off debt is never a bad idea. When you look at things, a lot of us have piled up a lot of debt and working it off can be a costly endeavour. It can get even worse for us after this pandemic is over and companies will start charging interest.

As such, if you’re fortunate to have any leftover cash, start working on it during these bad times.

Save For Upcoming Expenses

Sinking funds are the way that most financially independent people can afford things without going into debt. What this means is that they start saving an allotted amount of money each month into a single fund to save up for something specific.

This doesn’t always have to be something large like a car or house. It could be things like a nice long vacation, Christmas shopping, or maybe a fun night out in the town.

The nice thing about these is – no matter what you are saving for, it doesn’t have to be much. For example, if you’re stressed about Christmas shopping, start setting aside $100 every month. If you started this back in February, you’ll have $1,000 saved up specifically for Christmas shopping.

Sinking funds are very helpful as it’s cash that is set aside and away from your original pool. This is important, as unexpected expenses do occur and can pile up over time. If you didn’t set up that sinking fund, you risk not having enough cash set aside for those kinds of things. So setting aside a small amount of money for something particular that you know is going to happen can help you out in the long term.

Maybe you’re not too big on the sinking fund end of things or you feel more financially stable to not need to purposely do that. In those situations, our next suggestion is to put a good portion of that money into investing.

If you’re in that position, take the time now to max out retirement accounts, tax-advantage accounts, or invest in other areas in your investment portfolio.

Even if you’re young, retirement will eventually come for you and there’ll be a point where you’ll need that money. It’s important that people have at least $100,000 saved up for their golden years. It’s a lot, but it can be achieved easily if you take the time now to put that money into an investment account and let it grow.

In terms of investing, we’d suggest going for index funds, as they remove all the guesswork of which stock to go for. Not only that but, you’ll likely beat any professional or expert stock broker by putting your money into an index fund.

The final method is to cover an expense that occurs within the family. Whether it’s something to do with your house, or with a specific family member, it might be wise now to not spend that money and instead save for that expense, rather than putting it on a credit card.

Examples of these sorts of expenses are things like braces, plane tickets to visit family after this pandemic is over, or maybe a new home or apartment. These are important and essential things and it’d be easier if you saved money for those occasions when you’re in a good financial position to do that.

Remember To Mix And Match

These are our five strategies to making the most of your money when you receive a large sum of cash. That being said, keep in mind that these aren’t the only things you can do. There are plenty of other methods to consider beyond this.

Personal finance is personal and there is no right or wrong way to go about it. On that note, remind yourself that it’s okay to spend some of that money on yourself. That’s not to say you should spend all of it on frivolous things, but strike some balance between spending money on things you want and saving up for the future.

In these situations, it’s smart if you have some kind of budget balance set up, so you can allocate a little bit towards personal things. Having this in place is another thing that’ll save you a lot of time and money for the future.