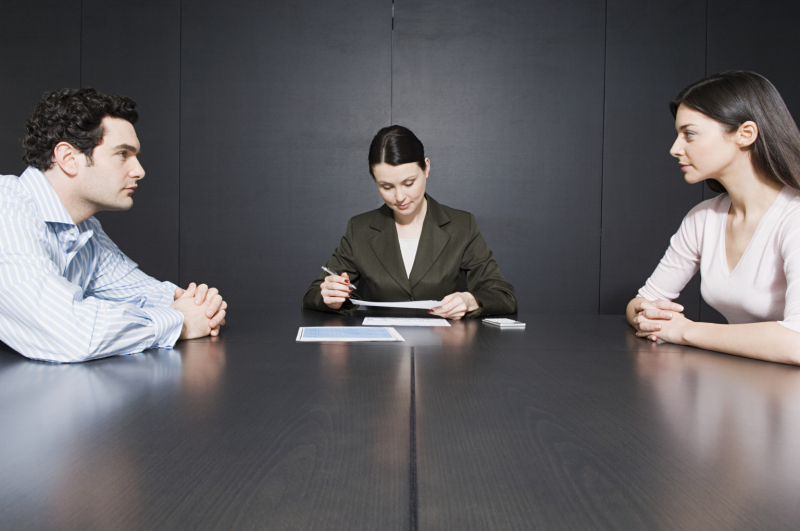 Relationships are complicated to begin with and money make them even tougher to navigate. In fact, finances can play a big role in causing strain in your relationship and can even lead to breakups or divorce.

With this in mind, we want to mention some of the red flags that’ll crop up around these issues. If you see these signs, it’s important that you look at your relationship and reconsider some important things.

Before jumping into all the details, as a general rule, never combine your finances with your partner until you are married. Even then, it should be carefully thought out and discussed. In instances of long-term relationships, there is way too much risk involved when combining finances before marriage. While there are some legal protections for money going through divorce processes, it’s not a reason to combine them when you’re only ending a long-term relationship.

When You Or Your Partner Are Lying About Finances

The biggest tell around is when your partner or you are lying about financial situations. While these can be trivial at first sight, these can cause problems down the road. Maybe they fudged up the amount spent on a particular item. It doesn’t seem so bad, however it can lead to them hiding larger amounts later on. Maybe they got a raise or a larger than usual bonus and didn’t disclose it? Or perhaps they’ve taken on more debt and have hidden how much they’ve taken.

While tiny errors may not seem like much, they can cause issues for marriages later in your life together. Even though it’s a tough conversation, lying about the situation from the start will set up a precedent for later in the marriage. It’s not something you really want to be dealing with.

All in all, bad financial situations will only get worse if you lie to each other about them. From spending habits, down to credit cards and even little boosts to your income. It’s important that you are completely honest with them in regards to this or else it can hamper the relationship.

When There Is A “Yours-and-Mine” Attitude Present

It’s dangerous, but you really start to see these issues when you have children. How will you be dividing up the expenses of bringing them up? What if you only have an odd number of children? How will you divide the expenses?

Instead of agreeing to this kind of split, the best suggestion is to agree on dividing expenses based on percentage of income. You can even pay for some counselling to help with managing all of this. The other option is combining finances, however this is better when you’re married as we’ve mentioned before.

Another common issue that crops up is when you or your spouse tries to control the other via money or allowances. This is a prominent theme in instances where one or the other stays at home to keep everything running smoothly at the house or is responsible for taking care of the kids.

While it might be nice on the surface to have one person look after finances while the other maintains order in the house, it’s not ideal for modern society. These days, financial matters need to be addressed as a team.

Spotting this particular issue is difficult though, especially in cases where you decide to combine finances. The good suggestion is – if you do see signs of this issue, make sure you seek out counselling before the behaviour gets worse.

Once you’re married and everything is joint, one spouse shouldn’t be dangling the money decisions over the other.

When You Or Your Partner Are Addicted To Something

Another big sign is addiction. While we tend to think of addiction as smoking, gambling or drugs, there are all kinds of things that we are able to get addicted to. From shopping, to spending too much on coffee or dining out. We all have spending habits and some of those habits can be especially expensive when they get out of hand.

Regardless, these behaviours impact our finances considerably and depending on how bad it gets, it doesn’t take long for people to destroy years of hard work and careful saving.

Spotting these addictions is also tricky as people often hide them or justify them convincing you that “it’s okay”. The reality is that it is not and there are many ways you can address it. The biggest thing is talking about it and being able to find solutions. Either working on removing the addiction or reaching a middle ground and having a spending limit.

If that doesn’t work, we’d suggest seeking counselling together and individually if you and/or your partner are really struggling with addiction.

Not Bothering About Planning Or Budgeting

If you’re married, the whole idea is that you both work as a team. You should be a real team when you’re in a relationship, but this is even more important the further you two are driven in marriage. With this in mind, both you and your spouse should be willing to work together on a joint budget or plan.

This is very important as so many couples out there never have budgeted or bothered to put plans together. And that behaviour can become prominent even in marriage.

Regardless of history, now that you’re married, you want to be budgeting and planning together. In the cases where one of the two is refusing, it’s important to sit down and have a conversation about it. You can even seek counselling in serious instances.

No matter how you cut it, long-term planning is important and if you plan to make things work out, you’ll need to plan together. Even if budgeting and planning are all new things to you, strive to at least be open to it. The willingness to the concept of planning and budgeting will have a huge impact on your success at managing money as a married couple.

Catch These Signs Before They Become A Problem!

All of these issues can seem like minor issues hidden underneath all of the other matters that are going on. But much like any other problem in relationships, these sorts of issues shouldn’t be brushed aside. We get that money is not a topic that many people want to be talking about, but it’s all the more reason.

Some of the reasons couples don’t talk about finances are precisely why the couples should be indeed talking about money. So instead of silencing this matter, address these issues as they crop up. These can put into perspective just how well the relationship can work. Even well before you tie the knot.