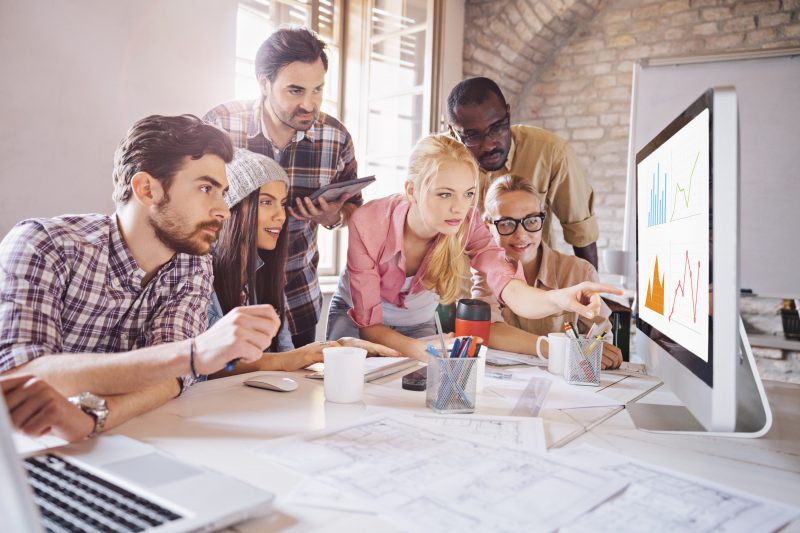 To older generations, there’s a lot of things that confuse them about millennials. From the fact that most millennials aren’t interested in home ownership and are instead depend on apps and media to make their lives more convenient, to them shrugging off the idea of having kids. There are many things that millennials do differently when you compare their behaviour to generation X and the baby boomers.

But one other thing that’s really worth noting is how they make money.

Digging into it, millennials have taken an entirely different approach to both employment and making money compared to how their parents and grandparents have done it. Stability is something that older generations prefer, while millennials tend to value flexibility over it. They’re not afraid of switching jobs in order to find that need.

That being said, not every millennial out there is looking to become a freelancer or start their own business. There are many who embrace the 9-to-5 grind. And that’s only scratching the surface about some of the misconceptions about how millennials are making their money.

Below are several others that we think you’ll find enlightening.

Not All Have Side-Hustles

As we’ve mentioned above, not every millennial runs a side-hustle. We can understand the misconception as the concept of the gig economy emerged around the time millennials started to leverage lucrative part-time jobs. Many tend to think that all young adults have some kind of side-hustle whether it’s leveraging that economy or driving cars for Uber or Skip The Dishes. Or maybe they’re making it big on social media.

The thing is, those are all stereotypes that don’t reflect the entire generation. In fact, when looking at the research, you might actually find those in retirement or close to it operating more side hustles rather than millennials.

That isn’t to say side-hustles aren’t important or that there aren’t many.

A 2017 Millennial Economy Report by Levo, a networking platform for millennials, and Adecco, a staffing agency found that 44 percent of those surveyed said they have a side-hustle.

For the vast majority of millennials, they see side-hustles as opportunities to spend money on experiences. They’re more set on experiences, rather than accumulating stuff. Furthermore, a side-hustle could also cover other expenses that could take time to cover such as student debt.

Flexibility Is More Important Than Loyalty

Even if a millennial decides to skip on side-hustles and pursue traditional employment, they have a track record of hopping between jobs. Looking at Silicon Valley, many companies there have an average time on the job of under two years.

Millennials in general are more apt to change jobs and change employers overall and it makes sense considering the shift in work environment.

These days, layoffs are more common and the economy plays a big role in how everyone approaches jobs lately. It can be a bad thing, but for millennials it plays to their strengths and values as they want to feel empowered and have ownership in their employment history.

Rather than showing loyalty, they’re more open to switching jobs if the work will provide a better work-life balance. As such, millennials like to be able to work remotely or have the opportunity to take time off when it’s needed. If an employer does not provide these, they’ll look for work somewhere else.

All that being said, millennials aren’t skimping on income. They are still looking for full-time work and full-time pay. They just want a flexible schedule on top of that.

Millennials Are Facing Many Challenges Around Retirement Planning

When it comes to saving for their retirement, it isn’t entirely clear whether the millennial approach to employment will impact their ability to hit long-term goals.

Side-hustles typically don’t come with many benefits that employment offers like a 401(k) plan. In most cases, millennials who are self-employed contribute to IRAs, but lack the employer contributions and matching funds for their deposits. On the flip side, those who have traditional jobs may not even get to take advantage of a 401(k) as much if they leave before they’re deemed fully vested in the plan.

But these issues are minor compared to the largest problem millennials have to face: debt. Most millennials have college or university degrees and have massive student loans on their shoulders to work on paying off.

It can be difficult to juggle putting money away for retirement while also working on these debts.

Millennials are clearly not the same as the older generations when it comes to many aspects of the workplace. They are quick to jump to other prospects that appeal to them more, rather than show absolute loyalty to their work for 40 years.

And if the money isn’t good enough, most will turn to working side-hustles to make some extra money. It’s one more way in which millennials are working in creating their own paths and universal approach to employment and work.